Over Crowding the Most Common Form of Homelessness 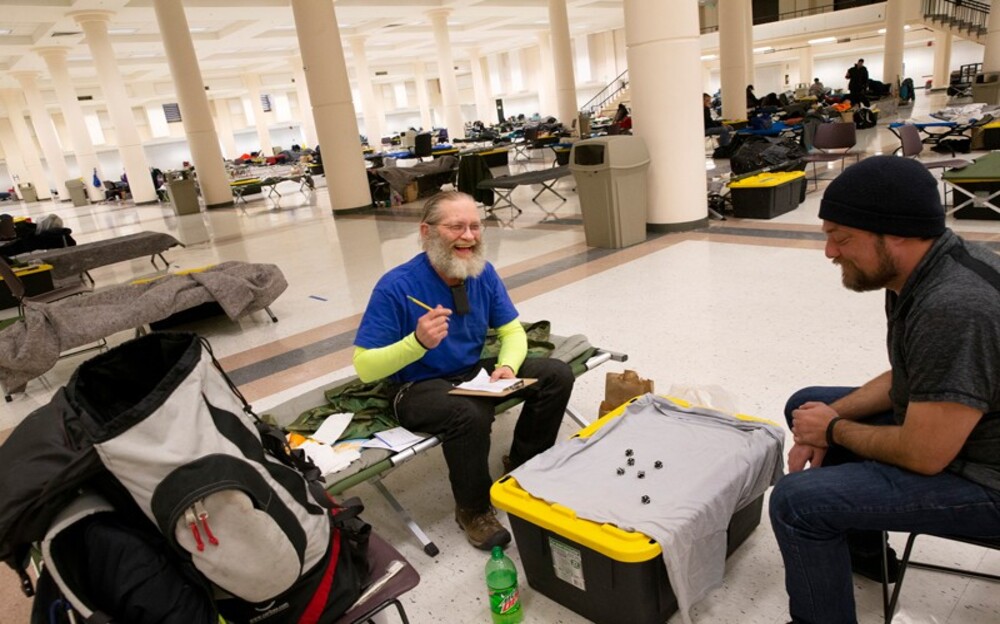 Contrary to popular belief, being homeless doesn’t mean being roofless. Experts say any person who lacks a sense of security, privacy, safety, and control over their living situations can be homeless. Today, we are going to discuss how having a dwelling that is overcrowded is a problem. You will be surprised to know that overcrowding is the most common form of homeless and to discuss this topic further, we had a conversation and its transcript is shared below. Please note: This chat was edited for clarity and happened on April 03, 2021.

Moderator: Hello and welcome everyone again to a discussion. Today, we have Wallace Bowman with us who is the CEO of Homelessness Support an organisation that helps homeless people. He is going to answer a few pre-submitted questions first and then questions by our live participants.

Pre-submitted question by Laurence: How is overcrowding the most common form of homelessness?

Wallace Bowman: I know it sounds surprising that overcrowding is the biggest form of homelessness in Australia. According to the ABS 2016 Census it was determined that 44% of the homeless people lived in extremely overloaded households. When dwellings have too many people it becomes difficult for everyone to live. Thus, preteens or teenagers are forced to move out sooner. Additionally, such situations lead to couch surfing which can onset homelessness and become the reason why so many young people are without homes. These people suffer from grief, depression, anxiety, addiction, and much more. Also, they don’t have privacy, space, a place to study peacefully, stability, and much more. The impact of Covid-19 on homeless people was more severe.

Janet: What are the statistics for overcrowding?

Wallace Bowman: According to the 2016 Census, about 51,000 Australians were living in overcrowded dwellings, which is a number that grew 10,000 in only the last five years. Most of these people live with families but face several challenges.

Moderator: So, what ate the effects of overcrowding?

Wallace Bowman: Great questions because there are many effects! The primary ones include:

People with the privilege of having these things in their household cannot understand how overwhelming and sad it can be for people who don’t have them. A lack of space and privacy means since there not sufficient rooms, members of household especially children reside in living rooms, garages, storage areas, attics etc. Most sleep on floors or makeshift beds in rooms they share with several other siblings. Thus, they have no space for playing, growth, development and more. To know about such issues in detail, you need to read meaningful article and also spend some time on research.

Since children and the youth don’t have anywhere to go they are affected by their environment and unwillingly witness stress, sadness, anger and other negative emotions of their parents or other adults. Also, when there are small children in homes, you can have disrupted sleep, poor concentration, headaches, and much more.

Children, preteens, teenagers, and adults living in overcrowded dwellings often have reduced productivity and remain absent from school, college, or work. They cannot focus, stay healthy, maintain a schedule and have constructive habits making them unable to develop healthy and good habits.

Wallace Bowman: Absolutely! I have seen several children and adults lack social skills and etiquettes due to this issue. Additionally, for many it is difficult to form friendships, relationships, and professional ties. People living in overloaded homes are often embarrassed, awkward, shameful, and feel guilty. They are deprived of the opportunity to host people at their homes or do other social activities because they lack a home or a private space.

Garret: What other problems do people with overcrowded dwellings face?

Wallace Bowman:  They have impaired mental and physical wellbeing. Plus, they are usually sleep deprived, lead a dysfunctional life, remain stressed, experience constant fatigue, get depressed, and cannot maintain their job or get one. Moreover, people living in a house or unit with limited rooms cannot discuss their problem and might not find people who understand overcrowding is a problem. Most people say their familial relations and friendships suffered greatly and they are now or went through depression, anxiety, stress, sadness, loneliness, and various other emotional and mental issues.

Rohit: Can short-term overcrowding be a problem?

Overcrowding of a dwelling becomes a problem and a factor for homeless when the members face it for several months or years. Short term periods are not harmful and don’t usually have any serious impact on your mental, physical or emotional well-being.

HarrHarr: Who is affected by overcrowding?

Wallace Bowman: Great question! Anyone can face overcrowding and many may not even know it. It can be a problem not only students or young adults face, although they are majorly affected by it. Besides students, other who are affected by this issue include recent migrants, couch hoppers, Indigenous Australians, refugees, asylum seekers, veterans, elderly people and more. Many people living in overcrowded dwellings leave the place and end up becoming homeless. They can live in temporary establishments by the government or seek personal favours to live with family members and friends. It can be difficult for them to find a job, gain stability and rent a home. Thus, they can remain homeless for years.

George: Is there any government policy to deal with this problem?

Wallace Bowman: Young people are a high priority homelessness cohort under the National Housing and Homelessness Agreement, which went into effect on July 1, 2018, between the state and territory and Australian governments.  This Agreement seeks to improve access to affordable, safe, and workable housing across the housing spectrum, as well as to contribute to the prevention and reduction of homelessness and to promote social and economic participation.

Priority cohorts are to be included in the states’ and territories’ homelessness strategies, according to the agreement. The Standing Committee for Social Policy and Legal Affairs of the House of Representatives launched an enquiry into homelessness in Australia in 2020.

Moderator: Thank you so much Wallace Bowman for shedding light on this important topics. Regretfully, that’s it for today. Thank you everyone who was part of this chat. We are leaving this discussion here but if you want to learn more about other topics, stay tuned. We conduct several talks and conversations which you can participate in by registering your email with us if you haven’t already. Until we meet again! Have a great day everyone!